Harmonizing the World – One Community at a Time.

The Sacred Cubit – A Natural Wonder of The World

According to almost every encyclopedia in existence, the natural wonders of the world are composed of these seven monumental structures: Colossus of Rhodes, Hanging Gardens of Babylon, Lighthouse of Alexandria, Mausoleum at Halicarnassus, Statue of Zeus at Olympia, Temple of Artemis at Ephesus and, the Great Pyramid of Giza. The great pyramid was constructed in 2,580 BCE and is the oldest natural wonder to make the list. In my opinion, it’s the most important wonder as it is where the sacred cubit measurement was discovered. The same sacred cubit we use to construct many of our Light-Life Tools. 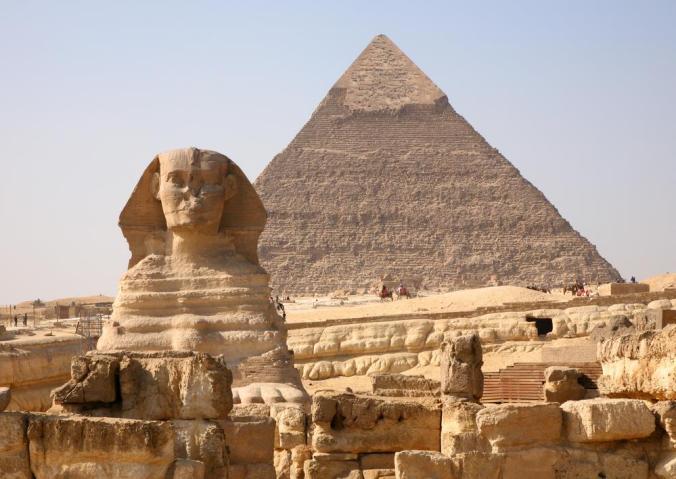 The Great Pyramid of Giza took 20 years to build which sounds like a very long time, but let’s put it in perspective. The  Sagrada Família (Gaudi’s Cathedral in Barcelona, Spain), is still under construction. They broke ground in 1882 and it won’t be completely finished until 2032. That’s about 150 years of construction! And don’t forget that Gaudi broke ground many millennia after the great pyramid was finished. So much for modern technology! No one can quite figure out how the Egyptians constructed such an enormous behemoth in such a short amount of time. Many believe it had to do with their accurate understanding of sacred geometry and quantum physics. Slim was able to resurrect only a small piece of their knowledge.

Even if you don’t believe in metaphysics there is no denying the outstanding craftsmanship of this great structure which was said to be a tomb created for the late Pharaoh Khufu. The pyramid is 280 cubits tall by 440 cubits wide. In order to build the structure in only 20 years it is said that they moved 800 tons of material each day. What really blows my mind is the precision in which it was built. Each side of the pyramid has only a few inches  of variance, which is less than 1 percent of error. According to our book documenting Slim’s Findings, In The Mind of a Master, the standardization and precision of the Egyptian’s work was so important that error meant death!  As Jay L. Buchner writes:

To ensure standardization of the cubit length, the Egyptians created a master measuring instrument carved out of granite containing notches identifying various subdivisions, of which the cubit length had twenty-eight. This was the criteria upon which all other cubit sticks were subsequently measured and calibrated. When a construction project such as erecting a temple, a pyramid, or a tomb was underway, cubit measuring rods were supplied to workers. The royal architect who was responsible for overseeing the construction project and maintaining the precise standards of measurement would issue granite or wooden cubit sticks to the workers. The sticks were required to be returned each full moon to be compared to the Pharaoh’s master cubit stick. Severe penalties were enforced for failure to do so, resulting in death. With this standardization and uniformity of length, the Egyptians achieved surprising accuracy. Thousands of workers engaged in building the Great Pyramid of Giza. Through the use of cubit sticks, they achieved an accuracy of 0.05%. In roughly 756 feet or 9,069.6 inches, they were within 4 ½ inches.

The Light-Life Harmonizers are all built using various cubit lengths

All of the Light-Life Tools are built with this same precision in mind and we employ the various cubit lengths: sacred, lost, and empowerment. Slim was a blacksmith, a researcher, and a scientist. The discovery of the tools and their ability to harness life force energy was primarily a happy accident as he had a clairvoyant friend visiting as he conducted his experiments. Slim was a smart and humble man who realized the power behind the tools and wanted to do his best to get them into as many hands as possible.

I wonder what Slim  would think of the recent research provided by Dr. Emoto’s team. Akiko Stein, a student of Dr. Emoto, took photographs of water before and after the introduction of a ½ Sacred Cubit Light-Life Ring, 24K gold plated. The results are outstanding! If you are not familiar with Dr. Emoto’s work with water, he was a researcher that was able to demonstrate that human emotion has an affect on the crystalline structure of water. As our bodies are composed of about 65% water that is a pretty amazing realization! The expression “mind over matter” now bears some significant weight.

Natural Wonder of The World – The Great Pyramid of Giza

While many come to scoff at “pseudoscience” we hope the majority of you come to stay. The power of intention is mighty. Thoughts do become things. Obviously the Egyptians were operating at such a high mental frequency that they found a way to move mountains! 800 tons of it a day!

We’ve set our intentions in June towards harmony. I’m already starting to see the effects of it as I welcome new team members, enjoy the beautiful weather and soak in the joy of Dr. Emoto’s team’s recent findings in relation to our tools. Our mission to ‘Harmonizing the World – One Community at a Time’ grows in magnitude with each passing year. And perhaps it was already set in motion in 2,580 BCE when the Great Pyramid of Giza was built. Their use of the Sacred Cubit was a monumental building block that has now unlocked the key towards health,  balance and restoration. We hope you’ll join us on our journey and pick up your first, or your fiftieth ½ Sacred Cubit Light-Life Ring today. You are worth so much more than this initial investment, but learning for most is experiential. Try it out and report back to us. Seeing is believing.

This site uses Akismet to reduce spam. Learn how your comment data is processed.

Theme by Anders Noren — Up ↑